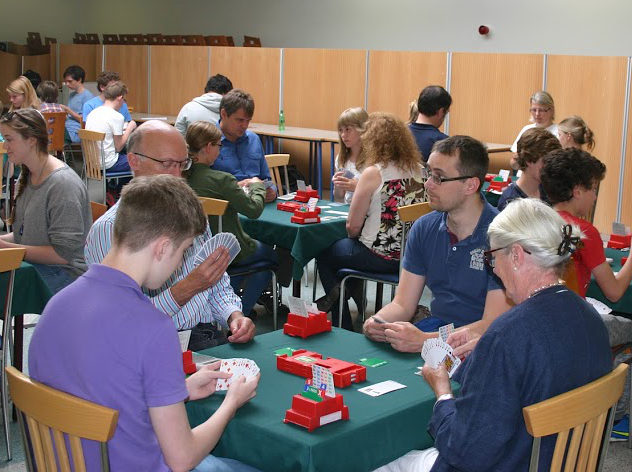 Contract Bridge (to use its full name) is a partnership game for four people deriving from the much older game of whist. It uses a standard pack of 52 cards with four suits, spades, hearts, diamonds and clubs..

There are three elements of the game:

The links below offer an explanation of the game:

So what is duplicate bridge?

"Duplicate bridge is the most widely used variation of contract bridge in club and tournament play. It is called duplicate because the same bridge deal (i.e. the specific arrangement of the 52 cards into the four hands) is played at each table and scoring is based on relative performance. In this way, every hand, whether strong or weak, is played in competition with others playing the identical cards, and the element of skill is heightened while that of chance is reduced. Duplicate bridge stands in contrast to rubber bridge where each hand is freshly dealt and where scores may be more affected by chance in the short run."

Is bridge a sport?

You may have seen or heard recent media coverage regarding the question of bridge as a sport.
This is an important issue for the bridge playing community in a number of ways

The Charities Act, updated by Parliament in 2011, specifically included Mind Sports in the definition of sport, stating that sports are “activities which promote health or wellbeing through physical or mental skill or exertion”.

In September 2015 the government held a comprehensive consultation regarding 'sport'. The EBU made a contribution to the consultation, which can be read here. It is hoped that this consultation will lead to government bodies being proactive, and working to enable more people to enjoy and benefit from playing bridge. 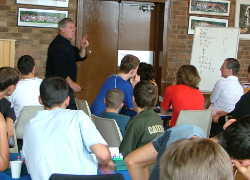 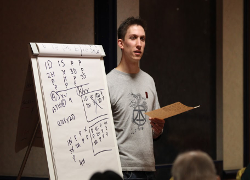 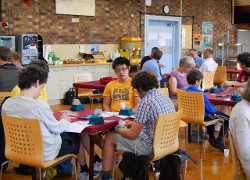